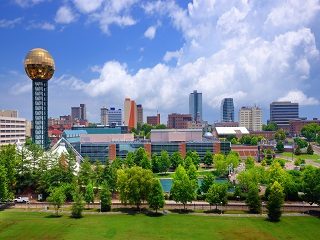 Price shown is based on the lowest price per person over the next 30 days $238
Available:
Sat (Apr-Nov)
Depart from:
Atlanta, GA
Language:
English; Mandarin Chinese
Duration:
2 Days 1 Night

We will drive to the highest point in The Great Smoky Mountains. It's a most-visited national park in the United States and a UNESCO World Heritage site, which is renowned for its diversity of plant and animal life and natural beauty of landscapes. Afterwards, we will continue to Pigeon Forge, TN to see the Dixie Stampede Western show, which was created by the great Dolly Parton..
Standard Hotel: Howard Johnson by Wyndham Pigeon Forge or equivalent
Day 2

In the morning, we explore the Titanic Museum Pigeon Forge. Then we'll visit Lost Sea. After that, we will go back to Atlanta.
Close All Expand All