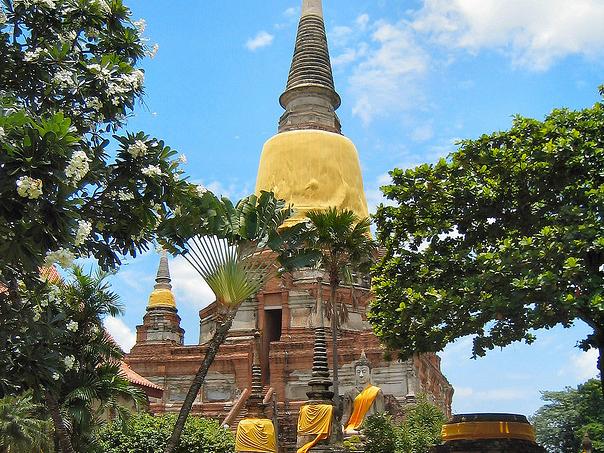 Photo By: RussBowling
From USD

Today we will visit the ancient city of Ayutthaya, TH. Here, we will pay a visit to the Wat Phra Sri Sanphet, a royal palace hundreds of years old. We will return to Bangkok at night.
Standard Hotel: A - Indra Regent
Deluxe Hotel: B - Aetas Lumpini; C - Swiss'otel
Breakfast: IncludedLunch: IncludedDinner: Included
Day 6

We will have breakfast at the hotel and then transfer to the airport for flights home.
Breakfast: Included
Close All Expand All