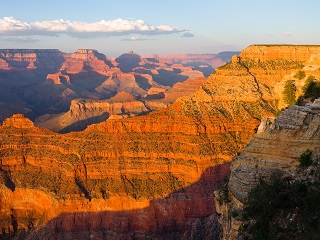 In the morning we'll depart from the hotel towards Yosemite National Park. Giant trees, mountains, and sparkling streams and lakes, glacier-carved canyons, all these unique features make up this Nature's true wonder. Take a walk in the woods and enjoy the fresh forest air. Stay overnight in Fresno.
Standard Hotel: Ramada Fresno or similar
Day 2

After having breakfast, we have the chance to take a helicopter tour above the canyon. We will visit Eagle Point for a breathtaking view of the canyon and the Colorado River. Then wew will pass by the Hoover Dam. In the afternoon, we will return to Las Vegas and enjoy the rest of the day.
Standard Hotel: Circus Circus Hotel Las Vegas or similar
Breakfast: Meal Plan
Day 5

Today, we will depart from Las Vegas and head back to San Francisco. Along the way, we will pass through the Mojave Desert, the largest desert in the U.S. and home to the world's largest solar power station and windmill-powered generators. We will arrive in San Francisco in the evening, bringing an end to the tour.
Close All Expand All