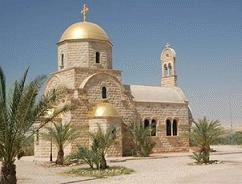 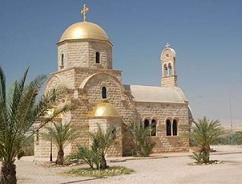 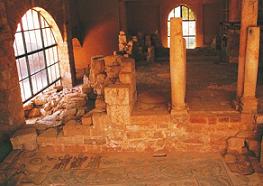 The first stop of our tour will be the Baptism Site, where John the Baptist christened Jesus. The site is believed to be located on the east bank of the Jordan River, in the Hashemite Kingdom of Jordan, and is being systematically surveyed, excavated, restored, and prepared to receive pilgrims and visitors.

From there we will travel to Madaba, JO, best known for its spectacular Byzantine and Umayyad mosaics. It is home to the famous 6th century "Mosaic Map" of Jerusalem and the Holy Land. With two million pieces of vividly colored local stone, it depicts hills and valleys, villages and towns as far as the Nile Delta.

Also within the area is Mount Nebo, one of the most revered holy sites of Jordan and the place where Moses is believed to have been buried. A small Byzantine church was built there by early Christians, which has been expanded into a vast complex.

From Mt Nebo we will drive to the Dead Sea for lunch. Guests may spend time swimming or floating in its warm salty waters. We will leave after sunset.