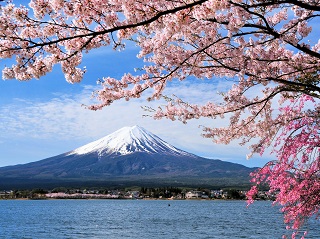 Price shown is based on the lowest price per person over the next 30 days $1739
Available:
Sun
Depart from:
Osaka, Japan
Language:
English
Duration:
7 Days 6 Nights

Upon arrival in Osaka, the tour guide will pick you up and instruct you to get to the hotel between 11:00am - 9:00 pm. Guests those arrive outside free pick up time should arrange their own transportaion to the hotel. (the fare approximately is $15/pp)
Standard Hotel: Sheraton Miyako Hotel Osaka or similar
Day 2

In the morning, we will visit Osaka's iconic attraction Osaka Castle , then we will also visit the Osaka Fish Market Black Gate Market, and enjoy a wide variety of fishery products and sushi. After that, we will go to Nara to visit Deer Park and Todai-ji Temple. In the afternoon, we will head to Kyoto to visit the Kiyomizu-dera Temple, stroll Sakasaka. Tonight, we will return to the hotel within the time specified by the tour guide.
Standard Hotel: Westin Kyoto Hotel or similar
Breakfast: IncludedLunch: Included
Day 4

After breakfast, we will go to Arashiyama, then Kinkakuji Temple. Later we will visit a Sake Brewery and learn about the history of sake. Our last stop of the day is Fushimi Inari-taisha. Guests will have the rest of the day exploring more of Kyoto by themselves.
Standard Hotel: Westin Kyoto Hotel or Similar
Breakfast: IncludedLunch: Included
Day 5

Today we will go to Hakone by Shinkansen in the morning. Once arrived at Hakone we will visit Oshino Hakkai, and take a cruise on the Lake Ashi. Next we will head to Kamakura and visit the Kamakura Buddha, a national treature to Japan. Afterwards, we will go to Tsurugaoka Hachimangu and Hasedera Temple. We will stay overnight in Tokyo.
Standard Hotel: Tokyo Prince Hotel or similar
Breakfast: IncludedLunch: IncludedDinner: Included
Day 6

After breakfast, we will visit Nijubashi, the Japanese emperor's residence, located in the center of Tokyo Chiyoda area. Then we will visit the 634 meter Sky Tree, world's tallest self - propelled tower. We will have Japanese BBQ for lunch. Afterward, we will visit Sens O-ji, a temple dedicated to Goddess of Mercy. We will also continue to visit Meiji Jingu and Shibuya.
Standard Hotel: Tokyo Prince Hotel or Similar
Breakfast: IncludedLunch: Included
Day 7

Today we will check out and self-transfer to the airport.
Breakfast: Included
Close All Expand All