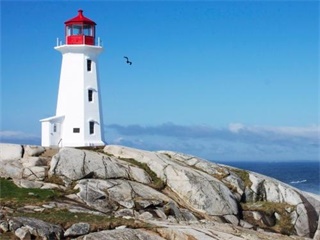 Hi, Take Tours, I would like to share my wonderful experience with you! I went with my daughter to this maritime tour and we love it ! Nemo as our tour guide was excellent, very informative, very acco... More>>

We will depart from Toronto in the morning for Thousand Islands is our first attraction. We will take Thousand Islands Cruise. After lunch, we will arrive at Ottawa and visit the Rideau Hall Garden . Afterward, we will continue to Montreal and enjoy the nightlife of the city.
Note: In the case of a special meeting or any large-scale event, will not be allowed to visit, we will visit the Rideau Hall instead.
Deluxe Hotel: Holiday Inn Express / Hotel Plaza Valleyfield or similar
Day 2

In the morning we will depart from Montreal for New Brunswick. On the way to this province's capital-Fredericton. Once we reach Fredericton, guests can choose to enjoy Kings Landing Dinner at your own expense.
Deluxe Hotel: Best Western (Plus) or similar
Day 3

Departing from Fredericton, we will visit Peggy's Cove, one of the most beautiful sightseeing spots in Canada. Then, we will drive to the city of Halifax. We will also be able to take the Harbour Hopper cruise. In the evening, we can get a taste of Halifax's nightlife scene and enjoy delicious seafood.
Deluxe Hotel: Sheraton Four Point or similar
Day 4

In the morning, we will go to Caribou to take the ferry to Prince Edward Island, the smallest province of Canada. Our first stop will be Charlottetown, where, in 1864, the nation's founders held a meeting for Canadian independence in the Provincial Government buildings. Later, we will visit the Anne of Green Gables and Cavendish Beach. Also, we can't miss the island's lobster festival. Spend the night in Moncton.
Deluxe Hotel: Rodd Moncton Downtwon or similar
Day 5

The tour will depart for Moncton, New Brunswick to visit the world largest Lobster Statue - Shediac and the Magnetic Hill, an unforgettable natural wonder, before continuing to Hopewell National Park to see the Hopewell Rocks and the Bay of Fundy. We will continue to St. John, where we will visit the Reversing Falls. After dinner, we'll go Fredericton for the night.
Deluxe Hotel: Best Western Plus or similar
Day 6

In the morning, we will head to Hartland Covered Bridge. After lunch, we will drive to Quebec City and visit the Aquarium du Quebec. Then, we will take in a panoramic view of the city from the Quebec Tower. We will spend the night in the area.
Standard Hotel: Ambassador Hotel (3*) or similar
Deluxe Hotel: Palace Royal Hotel (4*) / Fairmont Le Chateau Frontenac (5*) or similar
Day 7

Departing from Quebec City in the morning, our journey will take us to Montreal to visit Olympic Tower and Big O Stadium (if those two are closed, we'll visit Montreal Botanical Garden instead). After, we will return to Toronto. Please see "Departure and Return" for more detailed information.
Close All Expand All

I recommend this tour!
Hi, Take Tours, I would like to share my wonderful experience with you! I went with my daughter to this maritime tour and we love it ! Nemo as our tour guide was excellent, very informative, very accomodating and very funny! I would love to be with her in our next tour adventure! The tour was well organized and we love the places and food. Our driver was also very nice, he is the best driver ever! I would definitely recommend this tour!