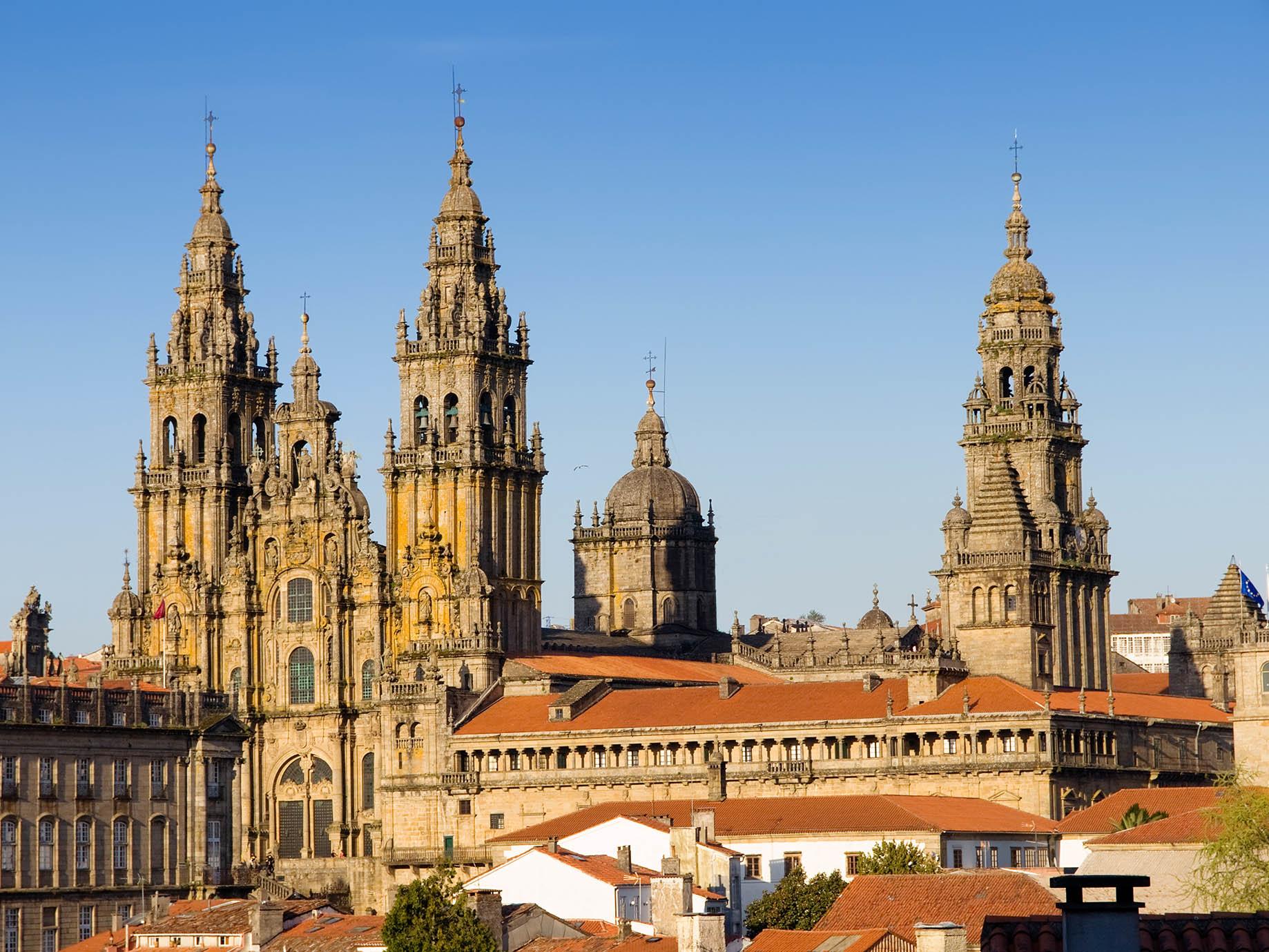 In the morning, guests will be picked up from the specified departure locations in Barcelona. Then, we will drive to Zaragoza, making a short stop for a little free time. Then we will continue to San Sebastian in Basque Country, where we will spend the night.
Deluxe Hotel: Silken Amara Plaza or similar 4 stars hotel
Dinner: Included
Day 2

Today, we will depart for Lugo, where we will spend some leisure time visiting the old town. Later, we will arrive in La Coruna to take a brief panoramic tour. In the afternoon, we can take an optional excursion to the Rias Altas, traveling through quaint villages like Pontedeume, Betanzos, and more.
Deluxe Hotel: Tryp Coruna or similar 4 stars hotel
Breakfast: IncludedDinner: Included
Day 5

In the morning, we will depart La Coruna for Santiago de Compostela, an important pilgrimage center, where we will see the magnificent Plaza de Obradoiro and the Cathedral of Santiago de Compostela. The afternoon will be free to spend at our own leisure.
Deluxe Hotel: Gran Hotel Santiago or similar 4 stars hotel
Breakfast: IncludedDinner: Included
Day 6

In the morning, we will enjoy breakfast before traveling through the landscapes of the region of Rias Baixas. We may stop at O Grove to take an optional tour to see the oyster and mussel farms. Afterward, we will continue to Vigo, where we have the option to Sana Tecla. Then we enjoy the beautiful landscape until we get to Porto. Accomodation.
Standard Hotel: Mercure Porto Gaia
Breakfast: IncludedDinner: Included
Day 7

After breakfast, we will cross the Portuguese border and arrive in Viana do Castelo, a city located between the mouth of the Mino River and Porto. We will have some free time to visit the old town. Then, we will continue to Braga for some free time before we continue to Porto, a World Heritage city. Here, wew ill enjoy a panoramic tour to admire the Cathedral, the Stock Exchange Building, St. Clara Church, and a local wine cellar, where we will be able to enjoy some delicious Port.
Deluxe Hotel: Novotel Porto Gaia or similar 4 star hotels
Breakfast: Included
Day 8

After a hearty breakfast, we will depart for Salamanca, making a short stop to see the famous Plaza Mayor before we continue to Madrid, where guests will be dropped off to end this tour.
Breakfast: Included
Close All Expand All