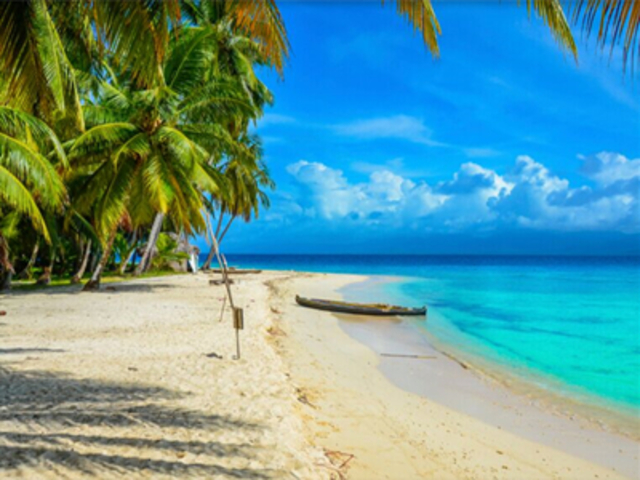 As you arrive at the airport in Honolulu, please go to your baggage claim area (domestic flights) or international exit (international flights), our escorts wearing an aqua blue polo shirt will be waiting for you. They will pick you up and drive you to hotel for check-in.
Standard Hotel: Ramada Plaza or equivalent
Deluxe Hotel: Sheraton PK/The Royal Hawaiian or equivalent

At 6:30am, we will set out to visit Pearl Harbor, where we will see a documentary about the Japanese attack that launched the U.S. into World War II. We will also be able to purchase tickets to board the USS Arizona Memorial, a half-sunken battleship that now commemorates those who lost their lives in the attack. Afterwards, we will head to Chinatown in Honolulu to embark on a city tour that visits the government buildings, 'Iolani Palace, the Statue of King Kamehameha I and more. After that, we will go on a Mini-Circle Island tour that visits amazing locales on Oahu, such as Waikiki Beach, the Diamond Head volcano crater, the surfing center, Hanauma Bay, the Halona Blow Hole, Makapu'u Lookout, Pali Lookout and much more!
Standard Hotel: Ramada Plaza or equivalent
Deluxe Hotel: Sheraton PK/The Royal Hawaiian or equivalent

Today, we will journey across the central part of Oahu as we head to the North Shore, passing Mokoli'i, Turtle Island and other beautiful scenic areas along the way. When we arrive at the Polynesian Cultural Center, we will enjoy dinner and a performance of over 150 dancers.
Standard Hotel: Ramada Plaza or equivalent
Deluxe Hotel: Sheraton PK/The Royal Hawaiian or equivalent
Dinner: Included

Today, we will fly to Big Island, where we will go sightseeing at places like Hawaii National Volcano Park, black sand beaches, orchid gardens, Rainbow Falls and the Macadamia Nut Farm. Then, we will transfer to a hotel in the area.
Standard Hotel: Grand Naniloa HoteL-By Double Tree or similar

Guests will be able to enjoy their free time until it is time to transfer to the airport for their departure flights.

Hello, we are party of four adults planning to book two rooms on your Tour No 042-5880 6Day Hawaii. As per itinerary on Day 5 we will return from Maui to Honolulu. Can we amend the package by staying back in Maui. In lieu can you arrange a hotel room in Maui ? Thanks in advance.
by On Kwong on 2021-10-26

Yes, we can amend the itinerary per your request. You may book the pacakage first and then propose your detailed requests. Please note the hotels are expensive in Maui (usually $300+).
by Taketours on 2021-10-26
Please post your review to earn 100 points.
Write a Review(*Last name will not be published)
Tour Guide:
Accommodation:
Transportation:
Itinerary:
First Name:
Last Name:
Email Address:
Comments:
Would you recommend this to a friend? Yes No