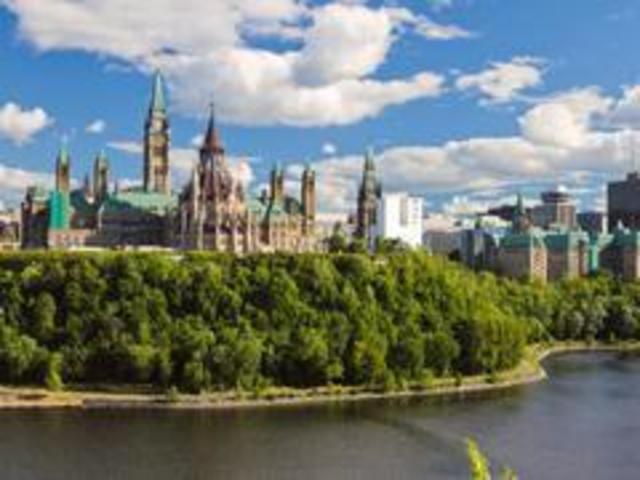 View Map
* Please note the Tour Map is subject to change.
In the morning, departure from Montreal to Ottawa, the capital of Canada. Visit Parliament Hill, the Peace Tower, and the Centennial Flame. Take a cruise on the Ottawa River to discover the history of the region. Then you can visit the Canadian Museum of History (if open). Depart from Ottawa at 5:00 p.m. and arrive in Montreal around 7:00 p.m. Ottawa - The capital of Canada is located in Ontario, right on the border with Quebec. You will hear English and French spoken and discover Canada's rich heritage. Ottawa has been ranked several times as one of the most livable cities in the world. Parliament Hill - The seat of Canada's federal government. Sitting atop a hill, the historic Gothic Revival Parliament Buildings overlook the majestic Ottawa River in downtown Ottawa. The Peace Tower - Standing almost 98 meters high, the Peace Tower is located on the central axis of the Parliament Bell Tower. The Peace Tower includes a 4.88 4-sided clock and 53-bell chimes that represent the pursuit of Peace in Canada The Centennial Flame - It was built to commemorate the centenary of the founding of Canada. The flame was lit in 1967 and it burns to this day. It is surrounded by plaques representing the 10 provinces and 3 territories of Canada. The flame symbolizes Canadian unity from coast to coast. Rideau Hall - The official home of the Governor General of Canada. In 1977, Rideau Hall and the surrounding sites were also part of Canada’s national historic heritage. Rideau Canal - Listed as a cultural heritage by UNESCO in 2007, the canal is a well-known historic waterway that connects Ottawa to Kingston. It is also the oldest canal in use in North America. The Canadian Museum of History (open from Wednesday to Sunday)- This is one of the most popular and visited Canadian museums in Canada. The museum is particularly renowned for its permanent exhibition halls which cover the human history of Canada as well as for its architecture and its site which is located on the banks of the river. Canadian War Museum - Canada's national museum of military history and one of the world's most respected museums for the study and understanding of armed conflict. Ottawa River Cruise - Each summer, visitors can take a cruise to explore the Ottawa River and experience the city's different landscapes. The cruising guide explains the history and architecture of the capital.
Find Closest Pickup