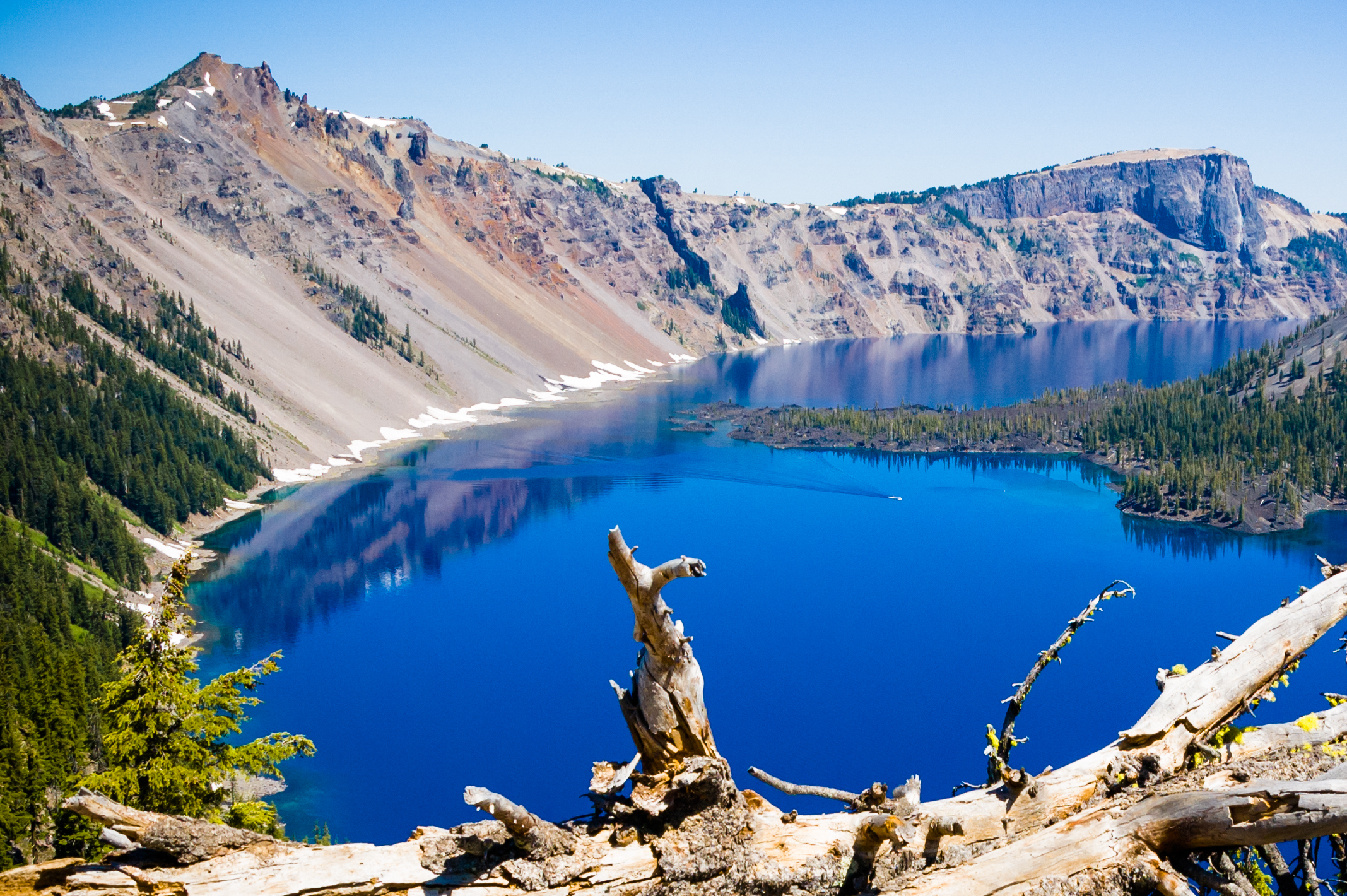 1) Proper Rest Stops were given 2) Hotels were good 3) Guide was well informed 4) Tour is very well planned and thoughtful. 5) Enough time was given at every location for buying souviners and site... More>>

Awesome tour. Nice locations. Our tour guide was very nice and gave us enough time at all the stops. Very good Hotels as well.

Awesome Tour, Nice locations, Nice hotels for staying, Sometimes you have to compromise with your favourite food, though overall amazing experience, strongly recommanded, check the perfect season for ... More>>

Today we will visit Napa Valley. In the afternoon, we will enter the Redwood National Forest as highlights include: Chandelier Tree, Tree Shop, Founder's Tree Grove, and the Avenue of Giants. Overnight stay in Eureka.
Standard Hotel: Red Lion Hotel or similar
Day 2

Driving through the Klamath river basin, we will arrive at foothills of Mt Shasta. Then we will continue to visit Burney Falls. We will head back to Bay Area after the tour.
Close All Expand All

Displaying questions 1 - 10 (of 12)
Is departure and return location are same? Or is return location is Bay Area?
by rimo on 2017-06-11
Good afternoon, Yes, the pick-cup & drop off point are the same.
Taketours on 2017-06-11
I will be in Eureka on tuesday morning of July 4,2017. Can I join the tour there if so what will be the location point and time.
by Carmen on 2017-05-18
Thank you for your email, Unfortunately you will need to join the tour at one of the pick up locations listed on our website. If you have any further questions or concerns feel free to contact our support team available 24/7. Best Regards.
Taketours on 2017-05-18
Is this tour handicap accessible?
by Lynn on 2017-01-28
Good afternoon, The buses that we use do not have wheel chair lifts . You are able to store a wheel chair under the bus in the luggage compartment as long as the wheelchair can be folded. You would need to have a friend or relative assist you to board the bus. You do have to notify us about handicap assistance after the reservation is made so we can try to assist you as best as we can.
Taketours on 2017-02-01
Can we get drop off at SFO airport?
by Sam on 2016-07-19
Hello! The closest drop off point from SFO airport is: 777 Airport Blvd, Burlingame, CA 94010 (Red Roof Inn SFO Airport - Burlingame, CA). Unfortunately this tour does not provide drop off at SFO airport.
Taketours on 2016-07-19
How much time(hours?) will we spend at Crater lake national park?
by Sam on 2016-07-15
Thank you for your email, You will spend the day driving around and walking at Crater Lake, how long you will be there is all depending on the tour guide. I do not have that information. Please feel free to contact us should you have any further questions. Best Regards, Leslie M Customer Support Team
Taketours on 2016-07-15
Can we hike at crater lake national park?Will we have time for Volcano boat cruise at crater national park?
by swathi Gubbala on 2016-07-13
Thank you for your email, I was informed there will not be enough time for a hike at crater lake park. There is a probability of the Volcano boat cruise but that depends on the tour guide and the availability. Please feel free to contact us should you have any further questions. Best Regards, Leslie M Customer Support Team
Taketours on 2016-07-14
Where can we leave our car if we drive to the departure point in San Jose?
by Sarah on 2016-07-03
Hello! Unfortunately, we donât offer parking of the departure locations. We recommend you to verify parking locations nearby the departure location in google maps.
Taketours on 2016-07-03
How soon do we need to book to ensure we can go on the trip in early June?
by Art McGuinness on 2016-02-11
Dear ART, Thanks for emailing us. We do not have time limited for booking a trip. As long as the seats are still available, you can place an order. As I just checked for you, early June is available. You can make reservation right now if you like. Please feel free to contact with us should you have further questions. Layna CustomerServiceTeam
Taketours on 2016-02-11
We are booked into The Dylan at SFO on the evening of the final day of this tour and I was wondering if it would be possible to be dropped off there on the way to Red Roof Inn
by Art Mcguinness on 2016-02-09
If will tell the driver and tour guide and they will agree with you it will be possible.
Taketours on 2016-02-11
How many passengers on any given tour?
by Rosemarie on 2015-07-14
So on this tour:3-Day Oregon, Redwood, Crater Lake Tour from San Francisco. There can be up to 20 passengers on any given tour and at most 4 people per room
Taketours on 2015-07-14
We are thinking of taking this trip at the end of a San Fran stay. We will have one large piece of luggage. Is that a problem?
by Deb Firman on 2014-03-11
Normally, a passenger is allowed to take one big piece of luggage and one carry-on. You may bring additional luggage if there is space in the luggage compartment.
Taketours on 2014-03-13
We intend to take a flight arriving in San Francisco at 7.20 am, in time for the 8 am pick up at one of the airport hotels. We also wish to take a flight out of San Francisco on the last day of the tour. What time does the bus return to San Francisco, SFO area?
by CX on 2013-05-27
The tour gets back to San Francisco at around 7:00pm.
Taketours on 2013-05-28

Displaying questions 1 - 10 (of 12)
Thank you for submitting your question!

I recommend this tour!
1) Proper Rest Stops were given 2) Hotels were good 3) Guide was well informed 4) Tour is very well planned and thoughtful. 5) Enough time was given at every location for buying souviners and site visiting

I recommend this tour!
Awesome tour. Nice locations. Our tour guide was very nice and gave us enough time at all the stops. Very good Hotels as well.

I recommend this tour!
Awesome Tour, Nice locations, Nice hotels for staying, Sometimes you have to compromise with your favourite food, though overall amazing experience, strongly recommanded, check the perfect season for the trip.

I recommend this tour!
It was really worth the time. Our tour guide was really nice and helpful and make sure that he gives enough time at each site. He gave us 2 hrs to spend at crater Lake which is enough and he was very professional. Also the hotel accommodation was nice. Definitely Recommend this tour.

I recommend this tour!
Nice tour.

I recommend this tour!
Hotel accommodation on the second of the two nights was poor (Days Inn in Klamath Falls). The itinerary needs to improve and allow for more time for Crater Lake visit.

I recommend this tour!
Our tour guide Stephan was such a cool guy. He handles "difficult" passengers in a very reasonable and kind, pair manner. He was trying to make each and everyone comfortable and tried to accommodates everyone's different requests. We feel safe with our driver Gary. He is so professional. I am ready and excited to book another trip from you guys!!!

I recommend this tour!
It was good tour , had a great time..

I recommend this tour!
Awesome tour. The meals are arranged at the mall so passengers have the choices. The only cons is the time length in Crater Lake. I wish they could stay at the Crater Lake longer including having lunch there instead of going to Grants Pass for the lunch.

I recommend this tour!
Nice Tour
Be prepared for spending a lot of time on the coach and a couple of early starts (5:30 and 6:30-morning calls). You do get to see at a lot of the area!

I recommend this tour!
This was our first bus tour! It was wonderful. Our driver was great and our tour guide, Nina, was extremely knowledgeable. Loved all our stops- Beringer Winery, the different redwood trees, Paul Bunyon, and especially Crater Lake. We had plenty of rest stops to get off the bus, stretch our legs and take photos. Nina was so great taking photos of us with our iPhones and iPads. I definitely recommend this adventure to all. Our last hotel, Days Inn, was a disappointment.

I recommend this tour!
Excellent tour! Tour guide explained everything very thoroughly. Accomodations were great. A little bit more time should be given at the main attractions such as Crater Lake.

I recommend this tour!
Very helpful and detailed minded tour guide. Driver had a great driving skill and sitting in the brand new big bus was comfortable. Most importantly, the scenic spots in the itinerary were wonderful!

I recommend this tour!
This was one of the best tours I have been on. Hats off to our tour guide James Liu. He had everything so well organized and on time. He was very well informed on the sights and was very generous sharing his knowledge, which made the tour great. I wish all tour guides were like him.

I recommend this tour!
Big thanks to our tour guide, Sherry and our driver, Doug for making our trip fun and enjoyable. All the places we visited are just amazingly wonderful and especially Crater Lake. I had an awesome time!
Great tour! Value for money, and a great way to see the coast and the rest of Northern California without having to do the painful driving yourself. Had a great time! Great weekend trip.
This was the best 3 day trip i have been on. The driver and the guide were awesome. Everything was planned on time. The hotels were nice considering the places where we stayed over night. The food stops were mostly at Chinese Buffet restaurants but we never faced a issue as there were options available near those restaurants. Overall a decent experience. I would highly recommend to take the tour as driving the whole stretch alone is a bit too long unless u dedicate 5 days for the trip.
The coach was comfortable and made the distances covered seem short. The driver worked hard to ensure everyone was relaxed and had a good time.