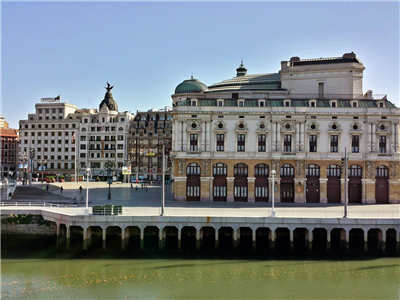 In the morning, guests will be picked up from the specified departure locations at 8:00am in Barcelona. Then, we will drive to Zaragoza, making a short stop for a little free time. After that, we will continue to San Sebastian in Basque Country, where we will spend the night.
Deluxe Hotel: Silken Amara Plaza or similar 4 stars hotel
Dinner: Included
Day 2

Today, we will head to Salamanca, where we will make a short stop to admire the famous Plaza Mayor and the Old Quarter. Then, we will continue to Madrid, bringing an end to the tour.
Breakfast: Included
Close All Expand All