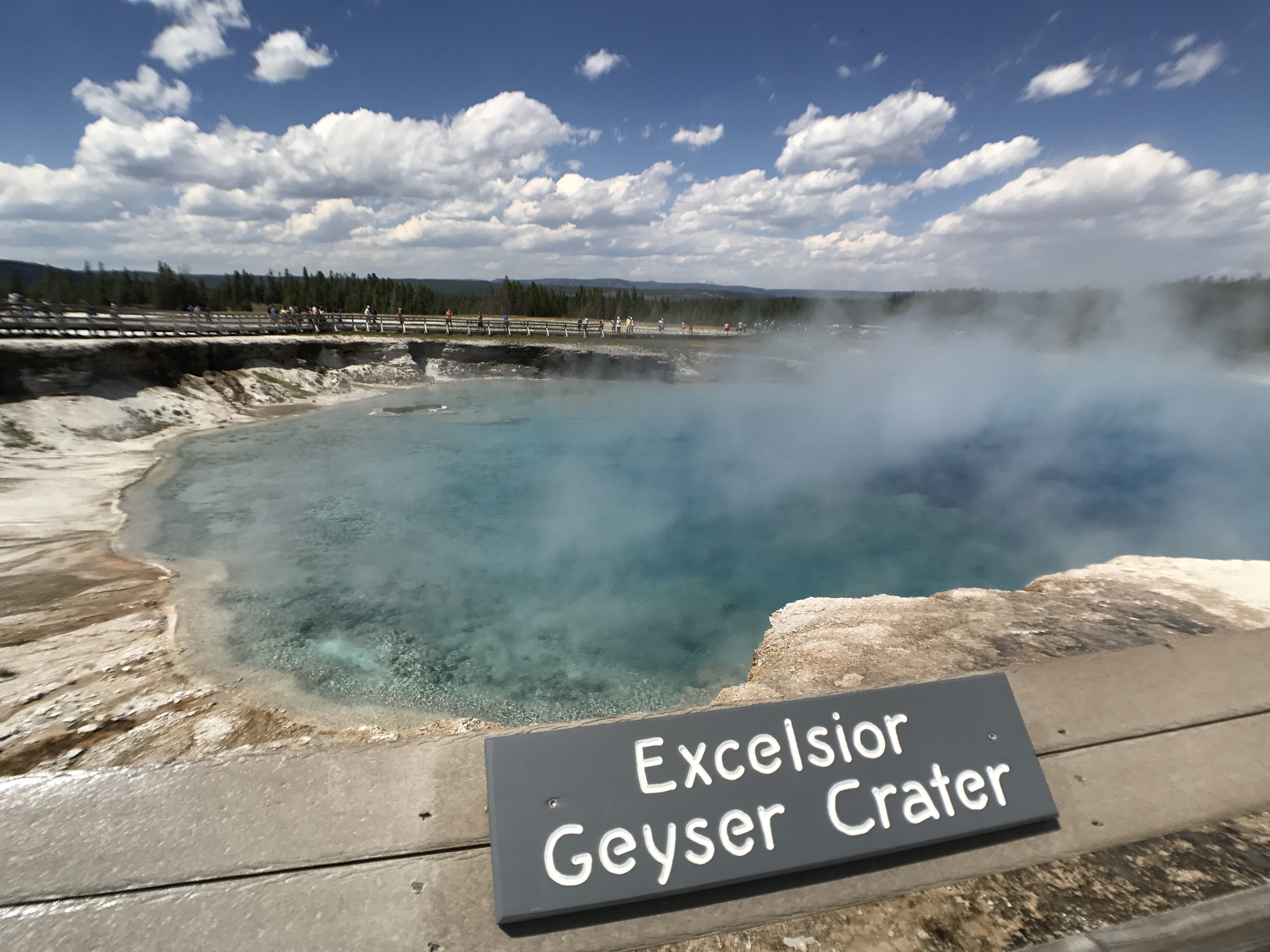 When I booked this tour I didn't know that it was mainly for Chinese speaking people. I noticed that only when I got the confirmation so I was concerned to not understand anything. I called the cu... More>>

In the morning, head to the world's largest natural sandstone arch concentration - Arch National Park. There are more than 600 natural arched stone bridges scattered around each other. They combine the erosive forces of wind and water to create such a subtle landscape. Then heading south to Salt Lake City, visit Mormon Temple and State Capital. Overnight at Salt Lake City.
Standard Hotel: Red Lion Hotel or similar
Day 3

Today we will depart early in the morning and drive along the Great Salt Lake basin. The salinity of water here is seven times greater than that of the ocean. You will reach the cowboy state of Wyoming by noon. After lunch, we will visit Grand Teton. In the afternoon, we will drive to the world famous Yellowstone National Park. Spend the night near the Yellowstone.
Standard Hotel: White Buffalo West Yellowstone Hotel or similar
Day 4

In the morning, we are head to the world's first national monument, the Devil's Tower! The Indians call it the bear's residence. The Devil's Tower rises more than 1,200 miles and is spectacular. It attracts countless tourists and rock climbers every year, also the location for the third category of famous movies. Overnight at Spearfish.
Standard Hotel: Super 8 Spearfish or similar
Day 6

In the morning visit the world-famous Presidential Stone Statue in South Dakota, which stands in Mt. Rushmore and is the masterpiece of the immortality left by Mr. Borglum. The four presidential statues are Washington, the founding father of the United States; Jefferson, the drafter of the Declaration of Independence; Old Roosevelt, the peace ambassador; And Lincoln, the father of blacks. In the afternoon, we came to the hometown of cowboys in the west and visited the Indian National Heroes Pavilion - Crazy Horse, the largest statue in the world, the nation that the Indians fought for themselves with their hard-earned money and the people themselves. Overnight at Cheyenne.
Standard Hotel: Red Lion Cheyenne or similar
Day 7

Depart in the morning and head to the Rocky Mountain National Park in the north-central part of Colorado, with its magnificent mountains, diverse creatures, and natural environment, and a variety of wild fauna. Then will return to Denver after a memorable trip. Please arrange return flight after 6:00p.m. from Denver.
Close All Expand All

When I booked this tour I didn't know that it was mainly for Chinese speaking people. I noticed that only when I got the confirmation so I was concerned to not understand anything. I called the customer service and they assured that the tour was bilingual. And it was. Overall, I really enjoyed the experience. We could see all the places reported in the itinerary and also more. it was a pretty intensive tour with a lot of miles to cover everyday for going to one place to another. The tour guide, York, did a good job in explaining things in both languages. He was really nice and helpful. We got enough time for looking around, taking pics and eating. We also had time for hiking in several locations (Devil's Tower, Mt Rushmore, Yellowstone and Arches National Park). The organization was impressing and the accommodation was great considering the price. The bus was new and comfortable that I think is important when you have to stay so long in the bus. Nathan, the driver, was really nice, professional and a good support for the guide. I definitely would suggest this tour for people that do not mind listening the guide explanation in 2 different languages.