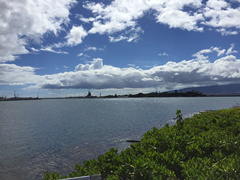 Price shown is based on the lowest price per person over the next 30 days $425
Available:
Daily
Depart from:
Honolulu, HI
Language:
English; Mandarin Chinese
Duration:
4 Days 3 Nights

Today, we will journey across the central part of Oahu as we head to the North Shore, passing Mokoli'i, Turtle Island and other beautiful scenic areas along the way. When we arrive at the Polynesian Cultural Center, we will enjoy dinner and a performance of over 150 dancers.
Standard Hotel: Ramada Plaza/Gateway or equivalent
Deluxe Hotel: Waikiki Resort/Queen Kapiolani/ Double Tree/Sheraton/Hilton/Marriott
Dinner: Included
Day 4