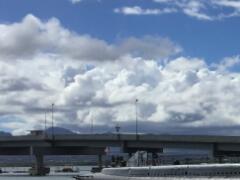 Price shown is based on the lowest price per person over the next 30 days $932
Available:
Daily
Depart from:
Honolulu, HI
Language:
English; Mandarin Chinese
Duration:
6 Days 5 Nights

Buy 2 Get 2 DiscountedBuy 2 get 2 Discounted on sharing one room. Price already adjusted. 5% Group Discount1. Receive 5% off when you purchase 3+ rooms on the same tour (single order only).
2. Receive 3% off when you book 3+ multi-day tours with minimum order total of $500 at once. Not valid in conjunction with any other discounts or pricing offers.
Airport Pick up

Tour Options: Choose one from Big Island and Maui Island

Today, we will fly to Big Island to go sightseeing. Along the way, we will see Hawaii National Volcano Park, black sand beaches, orchid gardens, Rainbow Waterfall and the Hawaiian Macadamia Nut Factory. Afterwards, we will fly back to Honolulu.
Option 2:

* Surcharge will be added to the total price when checking out.