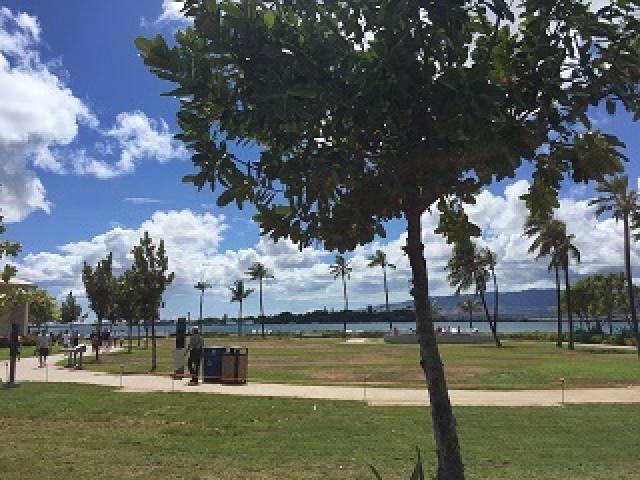 View Map
* Please note the Tour Map is subject to change.
In the early morning, we'll head toward Pearl Harbor. Here you'll explore the Pacific Historic Parks Pearl Harbor Visitor Center. By doing so, you'll learn about events before, during and after the devastating attack. Tragically, more than 2,400 American sailors, soldiers, marines and civilians perished that day.
Next we'll take a shuttle boat to the USS Arizona Memorial. This is where visitors from around the world pause to reflect while gazing at the ruins of this battleship.
Later we'll board the nearby USS Missouri, which stands watch over its sunken sister ship. Here you'll learn about "Mighty Mo's" wartime history. This includes serving as the site where Imperial Japan formally surrendered to the Allies in Tokyo Bay. As you explore this ship, you'll see a signed copy of the surrender document that ended the war.
Upon leaving Pearl Harbor, your guide will take you through downtown Honolulu. As you do so, you'll learn about Hawaii's history as a monarchy, a territory and eventually America's 50th state.

Do you do pickups from the airport?

Unfortunately, we do not pickup from the airport due to our licensing restrictions. However, you can still get on any of our tours. You can take the bus or a cab to Aloha Tower Marketplace and wait for our tour bus by the entrance. It takes about 10 to 15 minutes to reach Aloha Tower by cab, and about 35 minutes by bus. Please note that we need you to be at Aloha Tower Marketplace 15 to 20 minutes before your tour schedule.

What type of buses do you use on your tours?

We use deluxe mini-coach buses that seat 25 to 27 passengers per tour, with the exception of our Waikele Center and Waikele Premium Outlets Trolley Tour (Tour 10), where we use open-air and enclosed trolleys.

What can I bring to the memorial at Pearl Harbor?

Due to the increased level of alert currently in effect throughout the United States, security measures at the USS Arizona Memorial and Visitor Center, USS Bowfin Submarine Museum and the USS Missouri Battleship Memorial have again been implemented to ensure public safety.

Effective immediately, the following will not be allowed (subject to change without notice):