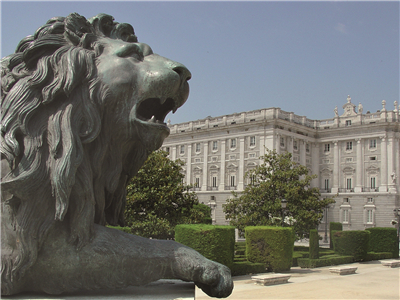 In the morning, we will leave Lisbon as we make our way to Caceres. We will spend some time here visiting the Plaza Mayor and walk through the medieval Old Town. After lunch, we will continue to Madrid, where we will spend the night.
Deluxe Hotel: Florida Norte or similar
Day 2

After breakfast, we will visit some of the most iconic sites in Madrid, including the Gran Via, Plaza de Oriente, the Fountain of Cibeles, Columbus Square, Plaza de Espana, Puerta de Alcala, Paseo de la Castellana, and more. In the late afternoon, guests can continue exploring the city on their own.
Deluxe Hotel: Florida Norte or similar
Breakfast: Included
Day 3

We will spend the first part of today touring Toledo. This city is like an immense museum, containing some of the most famous Spanish monuments. We will explore the city, observing its unique blend of Christian, Jewish, and Islamic influences. Afterwards, we will return to Madrid.
Deluxe Hotel: Florida Norte or similar
Breakfast: Included
Day 4

After breakfast, we will enjoy the day at leisure to go shopping or visit one of the city's amazing museums like the Prado Gallery or the Royal Palace. We may also take optional excursions to El Escorial, Avila, and Segovia, or experience some of the lively restaurants and bars.
Deluxe Hotel: Florida Norte or similar
Breakfast: Included
Day 5

In the morning, we will depart for the city of Trujillo, where we will have some free time to explore and see the Plaza Mayor. Afterwards, we will cross the Portuguese border on our way to Lisbon, where the tour will come to an end. Please see "Departure and Return" for more detailed information regarding pickup and drop-off times and locations.
Breakfast: Included
Close All Expand All