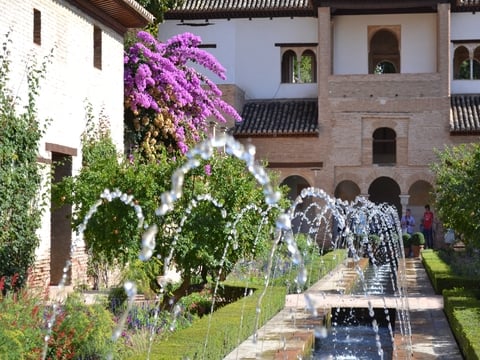 In the morning, we will depart from Lisbon and drive across the border into Spain until we reach Caceres, a UNESCO World Heritage Site, where we will spend some time exploring. Afterwards, we will continue to Sevilla, where we will enjoy dinner and spend the night.
Deluxe Hotel: Tryp Macarena/NH Viapol or similar 4-star hotel
Dinner: Included
Day 2

After breakfast, we will depart for Valencia, passing many beautiful palaces in the Spanish countryside on the way. Upon our arrival in Valencia, we will have the rest of the day to explore the city.
Deluxe Hotel: Silken Puerta Valencia or Tryp Oceanic or similar 4 stars hotel
Breakfast: Included
Day 7

In the morning, we will eat breakfast, then depart for Catalonia, where we will reach the sprawling city of Barcelona, where we will have the remainder of the day to explore.
Deluxe Hotel: Catalonia Barcelona 505 or similar 4 stars hotel
Breakfast: Included
Day 8

After a delightful breakfast, we will embark on a sightseeing tour of Barcelona, visiting Montjuic, the Anella Olimpica, the Columbus Monument, and the old Gothic Quarter. We will later have the afternoon free to spend at our own leisure. Guests can choose to take an optional night tour.
Deluxe Hotel: Catalonia Barcelona 505
Breakfast: Included
Day 9