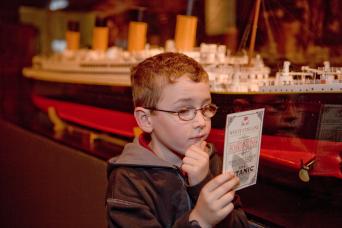 A young boy looks at his ticket and imagines who he was on the ship! 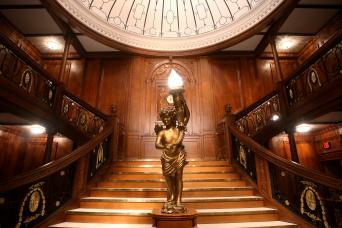 The grand staircase is an exact replica 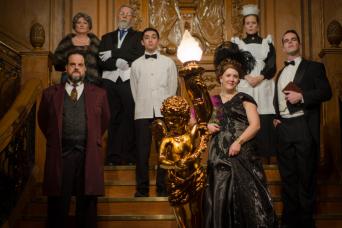 The character actors are waiting for you to board 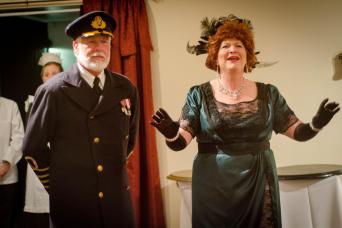 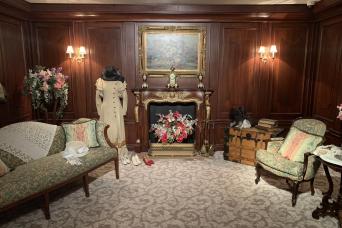 Get a feel how the First Class sailed

Pay a visit to the memorial wall

See what they were able to recover from the boat 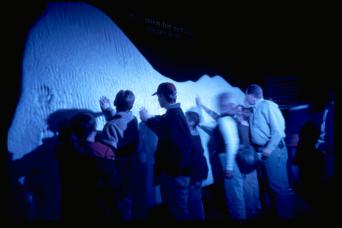 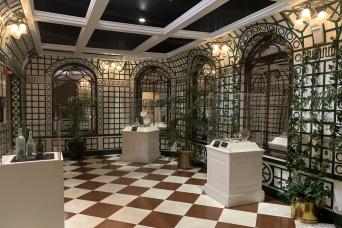 Walk through recreated parts of the ship

View Map
* Please note the Tour Map is subject to change.
Redesigned in 2012, Titanic: the Artifact Exhibition immerses visitors in the more than 100 year story as never experienced before. Titanic: the Artifact Exhibition, exclusively features... 17 gallery, 20,000 sq ft Interactive Museum Guided tours led by trained actors in period dress portraying actual Titanic notables "Little Big Piece," 3-ton section of the Ship's hull and the second largest piece of Titanic ever recovered Full-scale recreations of her Grand Staircase, First Class Cabin, Verandah Cafe and more Located near Walt Disney World, Sea World, and Universal Studios on International Drive Orlando Florida. Hundreds of thousands of visitors each year come to stroll through full-scale recreations of famous Titanic rooms, including her Grand Staircase, First Class Parlor Suite, Boilers, and Promenade Deck, where you can walk out and feel the chill of the cold Atlantic air as you gaze at the stars. Exceptionally trained actors in period costume portray famous Titanic notables such as Capt. Smith and Margaret Brown, sharing stories of her passengers and crew during an hour-long guided journey on board the most famous Ship in history. The exhibit showcases well over 400 artifact and historical treasures, including the second largest piece of Titanic ever recovered.

Please note that this is an overall list of the pickup points available on the tour.

As the list of pickup points offered and the times of those pickups can vary by departure the actual selection including any times can be presented to you when you check availability for a specific date.