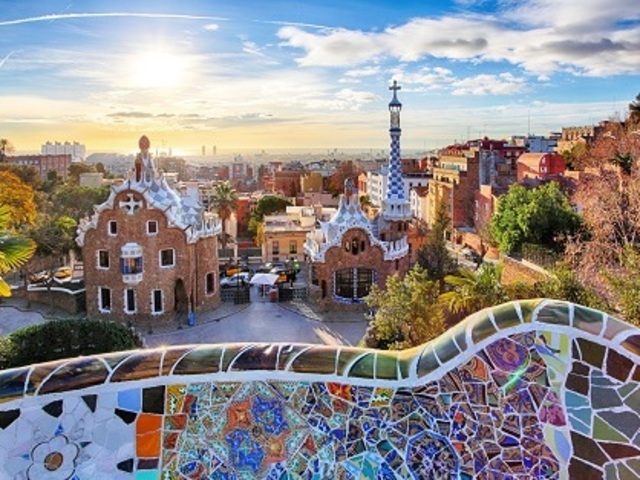 Guests will arrive at the Madrid airport and be subsequently transferred to the hotel. The remainder of the day is free to spend at our own leisure. Take a walk to get to know the city! In the evening, we will enjoy an "Illuminated Madrid" drive through the bustling streets of the old city, ending in the historical Plaza Mayor. This area has some of the city's best restaurants and taverns, so be sure to stop for a bite to eat. We will return to the hotel on our own.
Standard Hotel: Hotel Agumar or similar
Deluxe Hotel: Hotel Catalonia Goya or similar

In the morning, we will enjoy a delicious buffet breakfast before embarking on an escorted sightseeing tour, allowing us to see some of the city's most notable attractions, like the Puerta del Sol, the magnificent Fountains of Neptune and Cibeles, stately Alcala Gate, bustling Gran Via, the Plaza de Espana, and the Plaza de Oriente. We will spend the afternoon exploring some of Madrid's famous art museums. In the afternoon, we can embark on an optional tour to the former Imperial capital city of Toledo, where we will be escorted through its narrow cobblestone streets, soaking up the medieval atmosphere while we visit St. Tome Church, where one of El Greco's masterpieces hangs, and the city's beautiful Gothic cathedral.
Standard Hotel: Hotel Augmar or similar
Deluxe Hotel: Hotel Catalonia Goya or similar

We will depart from Madrid after breakfast, traveling through the once-remote region of Extremadura. We will then arrive in the ancient city of Merida, where we will have some free time for lunch before exploring the Roman ruins and well-preserved Amphitheater. Then, we will continue to Sevilla for the evening.
Standard Hotel: Hilton Garden Inn or similar
Deluxe Hotel: Melia Lebreros or similar

Today, we will tour the city of Sevilla, the "Pearl of Andalusia," seeing the Torre del Oro, tranquil Maria Luisa Park, the quaint Santa Cruz Quarter, and finally, the massive Cathedral with its Giralda tower. The afternoon is free to continue exploring the city or shop. In the evening, there is an option to see a performance of live Flamenco music while enjoying local wine.
Standard Hotel: Hilton Garden Inn Sevilla or similar
Deluxe Hotel: Melia Lebreros

After breakfast, we will depart Sevilla for Cordoba, visiting the Mosque-Cathedral, one of the most marvelous religious buildings in the world. Then, we will continue to Granada, passing thousands of acres of olive groves. It is suggested that we spend our evening visiting the quaint Albaicin Quarter, where we will see the city illuminated beautifully.
Standard Hotel: Macia Gran Via / Alixares or similar

Before we leave Granada, we will go on a guided tour of the amazing Moorish palacae and fortress complex, the Alhambra, seeing the verdant gardens of the Generalife. At midday, we will depart Granada, traveling along the east coast of Spain until we reach Valencia.
Standard Hotel: Hotel Melia Valencia or similar

After breakfast, we will take a tour of the city and the City of Arts and Sciences, Valencia's museum complex. In the early afternoon, we will drive north to Barcelona. In the evening, we have the option to dine at the Poble Espanyol, an architectural museum which features architectural replicas from all of Spain's regions.
Standard Hotel: Hotel Tryp Apolo or similar

This morning, we will enjoy an escorted tour of this beautiful city, passing through the Gothic Quarter, admiring the Sagrada Familia, wandering through the public parks on Montjuic Hill, site of the Anella Olimpica, where we will get the best view of the city and its port area. We will then have lunchtime and the rest of the day free to explore Barcelona.
Standard Hotel: Hotel Tryp Apolo or similar

After breakfast, guests will be transferred to the Barcelona airport for their return flights.

Not really understand your question. Why you want to book your own hotel if hotel accommodation is already included in a tour package.
by Taketours on 2018-01-18
Please post your review to earn 100 points.
Write a Review(*Last name will not be published)
Tour Guide:
Accommodation:
Transportation:
Itinerary:
First Name:
Last Name:
Email Address:
Comments:
Would you recommend this to a friend? Yes No