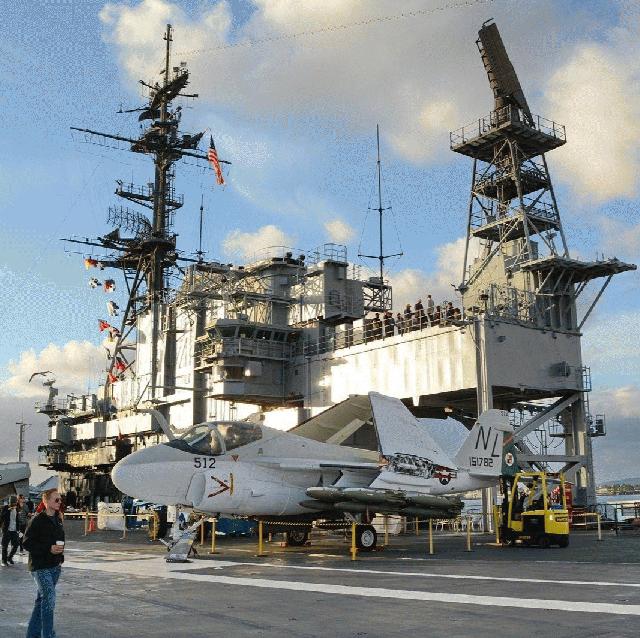 View Map
* Please note the Tour Map is subject to change.
Spend a day learning about the fascinating history of the American navy. The USS Midway Museum is a maritime museum located on the Navy Pier in downtown San Diego, CA. Much like the Intrepid in New York City, the museum consists of a decommissioned aircraft carrier that has been adapted into an educational facility. It served from 1942 until until 1992, and its sixty years on the battlefield have earned it the honor of having the longest service of any single warship in the 20th century.

For information about parking, please see "Departure and Return Details."