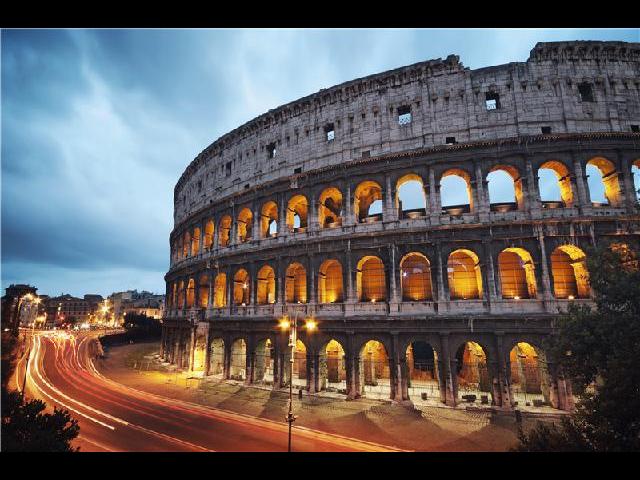 From USD$69.27
Daily
Rome, Italy
English
3 Hours
Discover 3 of the symbols of Rome and icons of Italy itself: Colosseum, Roman Forum & Palatine Hill. With this tour you can skip the line with the Priority Access, which allows you more time to enjoy Rome. Inclusions: Smaller groups: interact with your own Guide (max 20/25 people)
Price In USD (per person)

This picturesque sightseeing tour will let you discover the most impressive monument of Ancient Rome - the Colosseum. The symbol of the Eternal City, the Colosseum inspires and awes, affirming the greatness and splendor of Ancient Imperial Rome. When inside we will have a great view of the cages where gladiators were imprisoned before their fights, where lions and tigers were caged before entering the arena through trap doors.

At the Roman Forum you will walk on the "Via Sacra" of Ancient Rome, where you may listen to the sound of festivals and triumphal processions. Among many others, we will tour the temple that houses the altar where Julius Caesar was cremated.

Then you will reach the Palatine Hill where, according to legend, Romulus and Remus were first discovered and fed by a she-wolf, then raised by a couple of farmers. When adults they kept fighting for the right of re-establishing the nobility of their roots. They are considered the founders of the city.

See the ruins of the decadent palaces and gardens of the Empire's nobility.