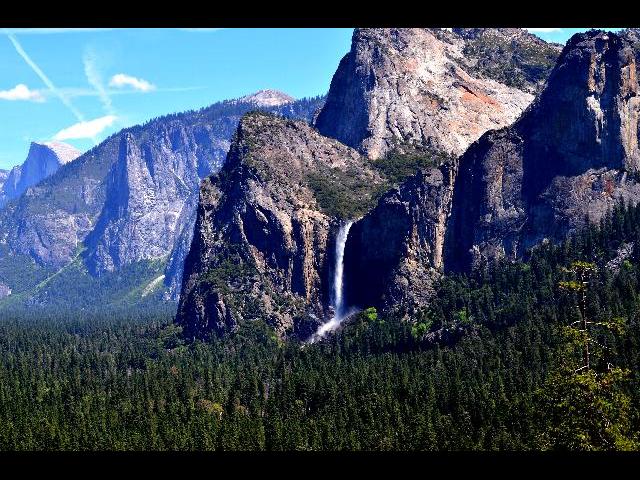 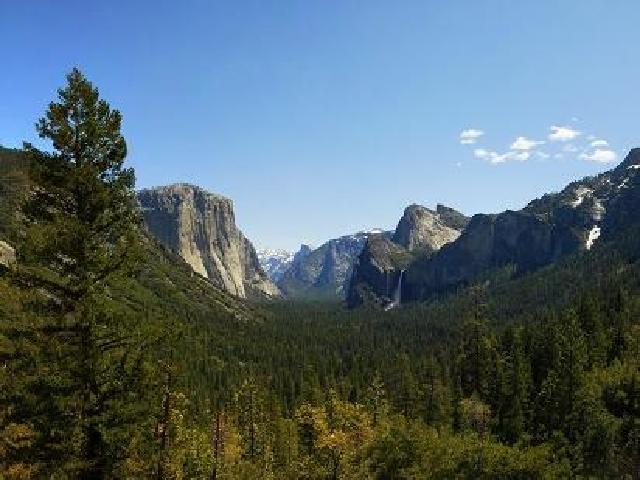 When going through Yosemite Valley, we'll stop for around 3 hours to see El Capitan, Half Dome, Yosemite Falls, Bridalveil Falls, Inspiration Point (otherwise known as Tunnel View), and Yosemite Village. After a 1 hour lunch break at the Yosemite Lodge, we'll drive to a higher altitude and to a lesser traveled part of the national park.

Here, we'll stop beneath the Giant Sequoia Tree Grove and see the world's largest living organisms.  After a 2-mile (1 mile per way) hike (around 1.5 hours) to see the Giant Sequoia Trees, and a full day in the fresh Yosemite air, we'll finally head back to San Francisco, where our bus will drop travelers off at directly at their hotel.

Winter Months Note: The Giant Sequoias hike depends on snow levels and trail conditions from October to May, so the route and itinerary may be changed due to snow depth, road conditions, construction projects and detours and it cannot be guaranteed.

Dear Mohini, Thank you for your interest at TakeTours. Unfortunately we do not have pickup available from Fisherman's Wharf itself. There is pickup available from the hotels in the Fisherman's Wharf area, you can go back on our website and there is a list from which you can see the different hotel pickups. Best Regards, DianaP
by Taketours on 2019-10-10

Hi, I was considering to join this trip from the San Jose pickup point of Fairmont hotel. Could you please confirm the drop off point (as it is no explicitly mentioned on the website) and approximately at what time? Thanks Swati
by Swatii Tari on 2019-09-10

I would like to start trip from fairmont hotel san jose and return to somewhere san francisco downtown. Can I bring my big travel bag to tour bus? Because I need to change my hotel at tour day so I have to bring all my things. What type of cloths do I need to prepare, my tour day is 17 MAY. Thanks
by Sung jin, Kang on 2019-04-25

Hello Thank you for the question. Customers are allowed up to two items (ie. 1 Personal item + 1 standard bag) to travel free of charge. These items must be within the size limitations. Each additional item above the allowance will incur a $25 excess luggage fee.Bags that weigh up to 50 lbs and have a maximum dimension of 62" (linear). Any Oversize luggage larger than the Standard Bag size is $50. If customers bring Oversize luggage, they MUST inform us at least 48 hours prior to your tour, since space is very limited. And please put comfortable clothing since the they will be a lot of walking. Thank you
by Taketours on 2019-04-26

There would be pickup service in Beresford Hotel 635 Sutter St. As for the weather condition, you may see it online and decide if you want to change the departure date according to the weather forecast, thank you.
by Taketours on 2019-04-08

Hello. I live in San jose, CA. If you pick me up at San jose, will you drop me off at the same place where you picked me up? There is no information about return. Thank you!
by Kumiko Kathy Igu on 2019-03-14

Dear customer, Usually tour will drop off at same location. Please send request to us after book this tour. If you have any questions, please feel free to contact with us.
by Taketours on 2019-03-15
Displaying questions 1 - 5 (of 50)
Please post your review to earn 100 points.
Write a Review(*Last name will not be published)
Rating:
First Name:
Last Name:
Email Address:
Comments:
Would you recommend this to a friend? Yes No