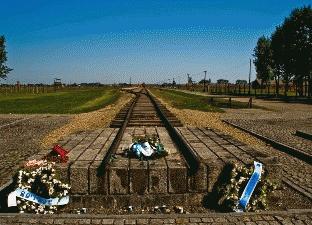 From USD$47
Daily
Krakow, Poland
English
8 Hours
Auschwitz Birkenau is the site of the gravest mass murder in the history of humanity. It remains a memorial that can serve everyone as a mirror of the human soul and a prism for looking deep within ourselves.
Price In USD (per person)
Price (/person)

View Map
* Please note the Tour Map is subject to change.
This tour will begin after guests have been picked up in Krakow. From there, we will head to the Auschwitz-Birkenau State Museum. Beginning in 1940, the Nazis held Polish political prisoners there, but in 1942, it became the center for the extermination of European Jews. Between 1940 and 1945, nearly 1.5 million people died here. Our tour of this chilling site will begin onboard our bus, where we will watch a 15-minute documentary about the liberation of the camp. Upon our arrival at the museum, our guide will show us the exhibits in some of the surviving prison blocks, the gas chamber, and the crematorium. After we take a short break, the tour will continue to the Birkenau section, where the view from the watchtower above the entrance reveals the foreboding expanse of the camp, the largest built during the Holocaust. A Martyrdom Museum was added to the premises in 1947. In 1979, Auschwitz-Birkenau was added to UNESCO's list of World Heritage Sites. At the end of our tour of the camp and museum, we will return to Krakow, and guests will be dropped off to end the tour. Please see "Departure and Return" for more detailed information regarding pickup and drop-off times and locations.
Find Closest Pickup