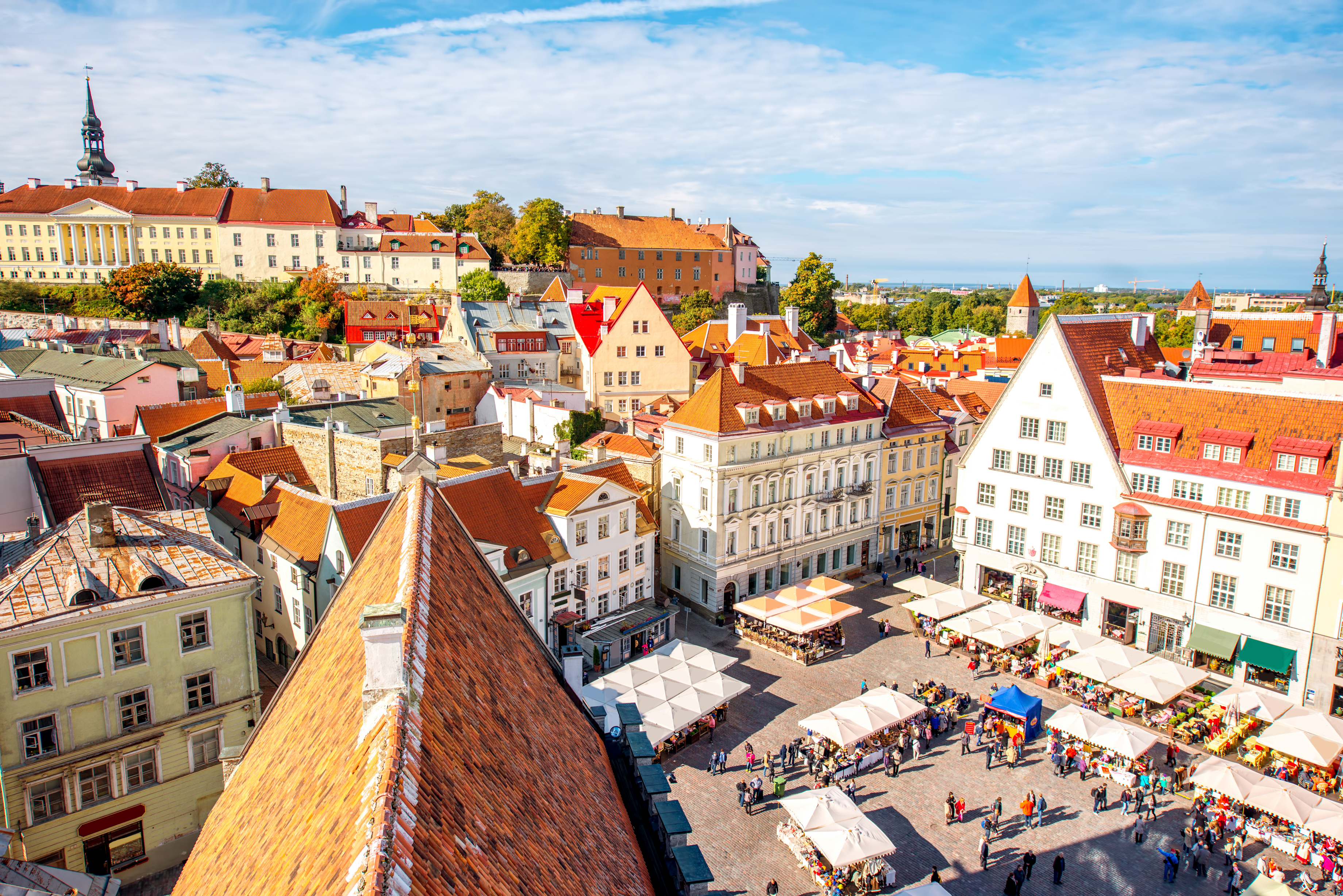 As guests arrive in Tallinn, they can arrange optional transfer to the hotel. Once everyone has checked in, there will be a welcome meeting.
Standard Hotel: Hotel Radisson Blu Olympia
Day 2

Tallinn holds a charming blend of medieval tranquility and modern urban life. The Old Town is busy during the summer because of its many shops, galleries, souvenir markets, outdoor cafes and restaurants. The sightseeing tour will take us around the old medieval city where we will see Toompea Castle, Dome Church, Alexander Nevsky Cathedral, the Old Town Hall and the Great Guild Hall. In the afternoon, we will take an optional excursion to Kadriorg Park and KUMU, the new award-winning art museum. In the evening, we will have the option of enjoying a medieval dinner at Restaurant Maikrahv.
Day 3

In the morning, we can take an optional excursion to Lahemaa National Park, where we will visit Palmse Manor, a memorial to the von Pahlen family, and Sagadi Manor. The tour will end with a visit to the charming 16th century Vihula Manor and the Vodka Museum. After lunch, we will return to Tallinn, where we will take the ferry through the Finnish archipelago before arriving in Helsinki, where we will check into our hotel.
Standard Hotel: Hotel Glo Art or similar
Day 4

Our sightseeing tour will take us around the city's harbors, Senate Square, the Lutheran Cathedral, central Mannerheim Street, the Parliament Building, Finlandia Hall, the Sibelius Monument and the famous Church-in-the-Rock. In the afternoon, we can take an optional excursion to the Suomenlinna Fortress. The evening will offer optional Finnish dinner at Restaurant Salve.
Standard Hotel: Hotel Glo Art**** or similar
Day 5

Today, we will travel from Helsinki to St. Petersburg. Shortly after crossing the border into Russia, we will stop in Vyborg, taking a short sightseeing tour of Vyborg Castle. In the late afternoon, we will arrive in St. Petersburg and check into our hotel.
Standard Hotel: Hotel Sokos Vasilievsky or similar
Day 6

In the morning, we will go sightseeing to enjoy the splendors of the city. We will visit Peter-Paul Fortress, the Winter Palace, St. Isaac's Cathedral, the Church of the Bleeding Savior, Nevsky Convent and more. In the afternoon, we can take an optional excursion to Zarskoye Selo to see Catherine's Palace and the Amber Room. In the evening, we can also visit Nikolaevsky Palace to see an exciting folklore show.
Standard Hotel: Hotel Sokos Vasilievsky**** or similar
Day 7

In the morning, we can visit the Peterhof, the incredible palace from the era of Peter the Great. In the afternoon, we can visit the world famous Hermitage Museum. In the evening, we can enjoy an optional Russian dinner at Restaurant Pryanosti & Radosti.
Standard Hotel: Hotel Sokos Vasilievsky**** or similar
Day 8

Today, guest will transfer to the airport in St. Petersburg for their departure flights.
Close All Expand All