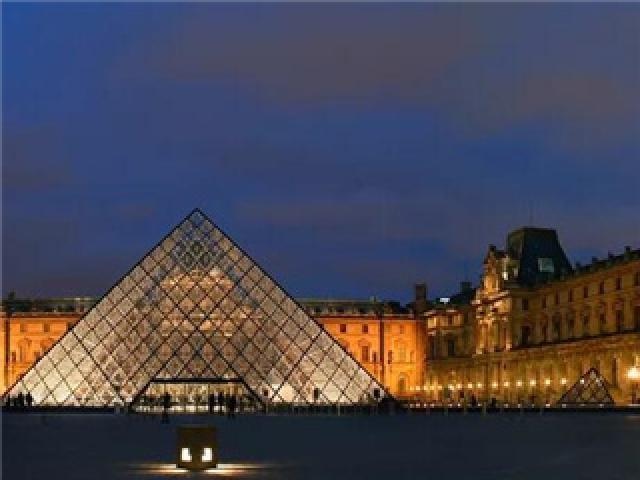 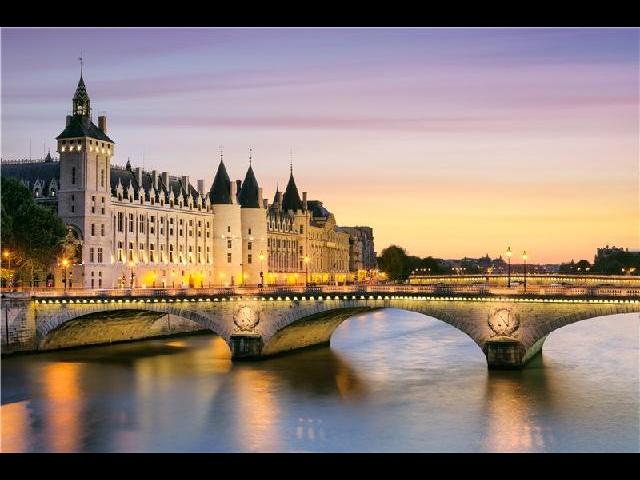 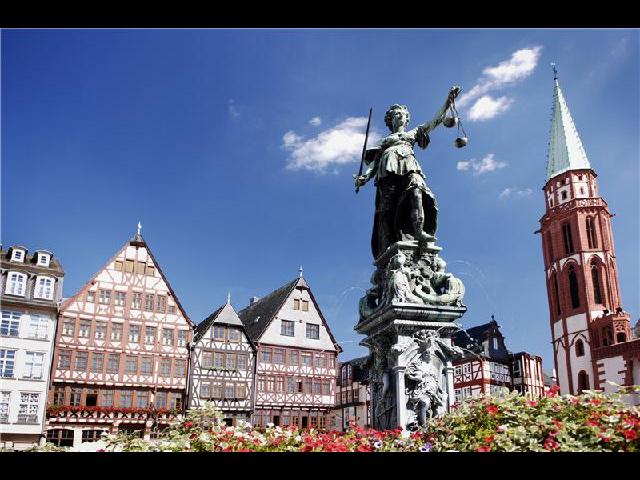 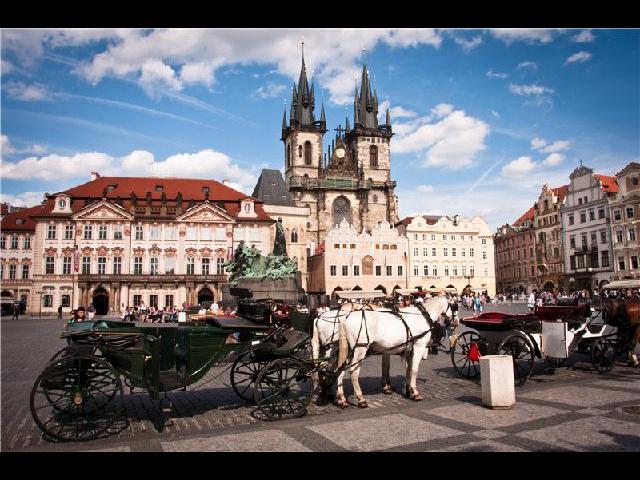 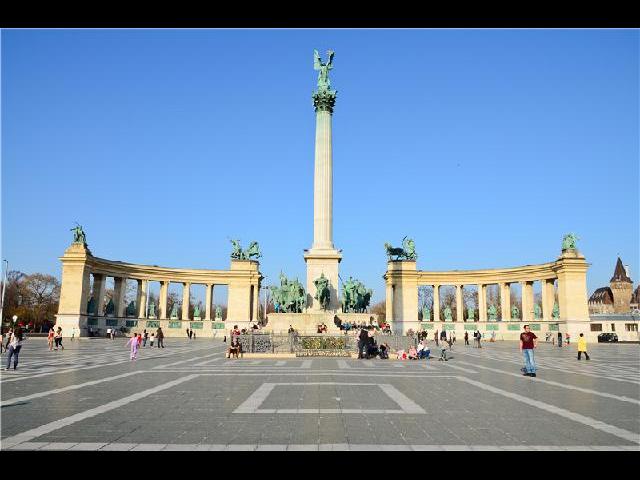 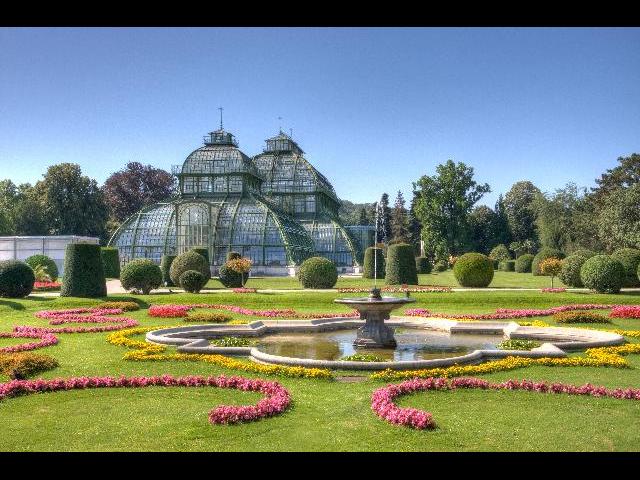 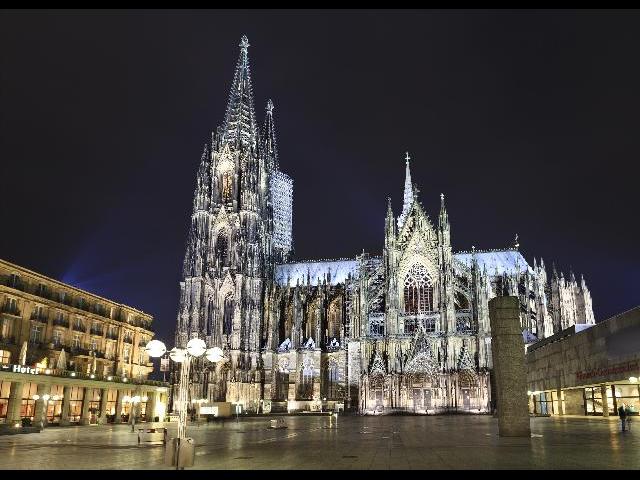 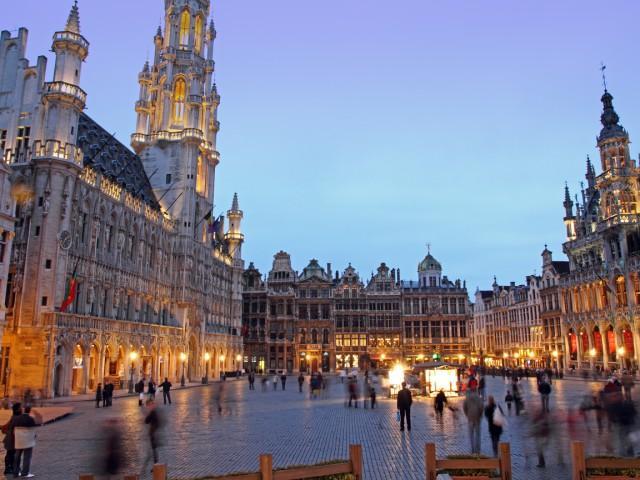 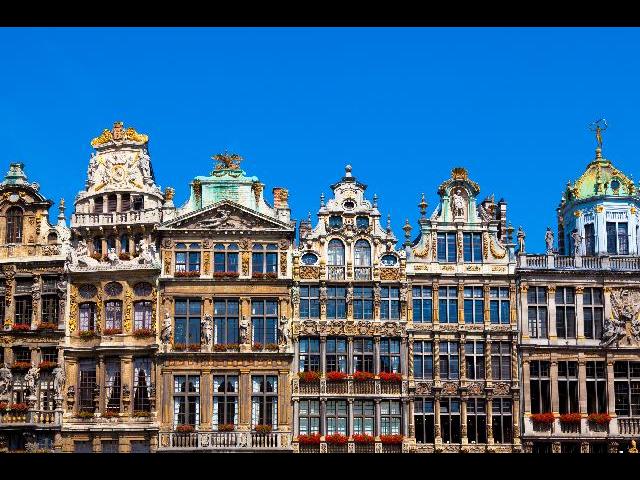 Our morning will be spent exploring the Louvre. Afternoon will be free; you will also have an option of having a French 4 course Dinner and Show experience or spend time shopping at the legendary department stores Galeries Lafayette. You can then take a leisurely cruise along the river Seine.
Standard Hotel: Campanile Paris Est-Bobigny or Ibis Paris Orly Rungis

Today we will travel to Reims, FR. Here, we will see the Reims Cathedral. After, we will drive to Luxembourg to visit the Place de la Constitution and Adolphe Bridge. This is also where we will spend the night.
Standard Hotel: Melia Luxembourg or similar.

In the morning we will leave Luxembourg for Trier, Germany, where you’ll have the chance to see from the outside of Karl Marx Haus museum and takes into the centre of Trier to look around the city’s impressive cathedral. From there we will drive to Koblenz, DE, where we will have the chance to take a boat ride on the Rhine River. After lunch we will head to Frankfurt, DE, where we will tour the Romer. We will spend the night in Frankfurt.
Standard Hotel: Sheraton Frankfurt Congress Hotel or similar.

After boarding the luxury coach in Frankfurt, sit back and enjoy a scenic ride through some classic German country side en-route to the Czech Republic. Prague, one of Europe’s most ornate cities, is your first destination. We will arrive in the evening, ready to discover this charming capital city with its fairy-tale architecture, the following morning.
Standard Hotel: Best Western Amedia Prague or Dorint Hotel Don Giovanni Prague or similar

Your Prague adventure begins with a spectacular walk along the Royal Route, start from the top of Castle Hill in the Hradcany district, and then tour Prague Castle. Further exploration then heads off around the imposing gothic St. Vitus Cathedral, the Old Royal Palace, St. George's Basilica and along Golden Lane. Later we will stroll across the iconic Charles Bridge, and on through the winding alleys to the Old Town Square, where you can see the City Hall and the Astronomical Clock. After lunch in the square, our coach will make the scenic transfer from Prague to the hotel in or near the Slovakian capital, Bratislava.
Standard Hotel: Vienna House Easy Chopin Bratislava or Lindner Hotel Gallery Central Bratislava or similar

One of the best ways of seeing Budapest is by taking a river cruise. After a morning of activity, you'll relax over lunch at Buda Palace, and then have a chance to look at the exhibitions in the Budapest History Museum and Hungarian National Gallery, or do a spot of souvenir shopping. Next you'll explore both sides of the city on a cultural and historic tour. Highlights on the Buda side of the Danube include the towered terrace of Fisherman's Bastion, the medieval Matthias Church and a walk up to the summit of Gellert Hill for panoramic views. While over in Pest the sights include the expansive Heroes' Square and Hungary's dramatic riverside Parliament Building. In the evening, you can choose to round off an eventful day with an optional dinner in the heart of Budapest, where you can sample traditional dishes such as goose liver, goulash, duck leg and local wine, accompanied by Hungarian folkdance and music.
Standard Hotel: Expo Congress Hotel or similar.

Today we will enter the city of Vienna, AT Austria's capital. Begins at one of the city's most popular attractions, Schonbrunn Palace. After lunch in this refined setting, you will take a driving tour past many grand, famous buildings, including the City Hall, the Austrian Parliament, Hofburg Palace and Heroes'Square. In the afternoon, you'll have some shopping time, before adding the Wiener Staatsoper (opera house). Later, optional for dinner in the heart of the city or visit St. Stephen's Cathedral, before taking a stroll in Stadtpark. In the evening, we recommend the option of attending a Viennese waltz concert, which will allow you the unforgettable experience of hearing the music of Mozart and Strauss in the place where it was composed.
Standard Hotel: Austria Trend Hotel Bosei, Hotel Radlinger, or similar.

In the morning, we will depart from Vienna and head to Munich. On the way, we will visit the Mondsee, a beautiful town in the Alps. Upon our arrival, guests will have time to explore the city center. We will spend the night in Munich or nearby city.
Standard Hotel: NH Munich Airport / NH Munich am Ring or similar

From our hotel in Munich or nearby city we will travel to Mount Titlis in Switzerland, where we will take the Rotair to the top. After lunch we will make our way to Lucerne, CH to view lovely Lake Lucerne. We will also visit the Lion Monument. At the end of our tour, guests will have some free time to explore the city. We will head to Zurich, CH or nearby city for the night.

If weather and traffic permitting, we might take a photo stop in one of the smallest country in Europe - Lichtenstein

The tour begins in Zurich, a city with a reputation as a leading global financial centre. There is chance for a picture stop at the impressive Lake Zurich, before moving on to Rhine Falls. Next you'll cross back into Germany and the Black Forest. Here you will see the beautiful lake Titisee, where you can stop at one of the many lakeside cafes to enjoy some of the region's best Black Forest cherry gateaux. Cuckoo clocks are made in Titisee, making this the ideal place to pick up a few souvenirs from the local shops and you'll also get to see a demonstration of how these magical mechanisms work. Finally, you'll head back to Frankfurt.
Standard Hotel: Sheraton Frankfurt Congress Hotel or similar.

From Frankfurt, we will set out for Bonn, DE, which was the capital of West Germany from 1949-1990. We'll see the Old Town Hall on the edge of the city marketplace square, and then visit Beethoven Haus, the birthplace of composer Ludwig Van Beethoven. After, the bus will take us to Cologne, DE to see the Cologne Cathedral and its world-famous twin-spires that attract more than 20,000 admirers a day. After lunch and some free time to browse a Cologne shopping area, we'll finish our day's travel by heading to Amsterdam or nearby city for the night.
Standard Hotel: A4 Schiphol Hotel, Inntel Hotels Amsterdam-Zaandam, or similar.

Call in at the hugely popular model town of Zaanse Schans. Next, you'll back to Amsterdam. After visiting a well-known diamond factory, you can take an optional hour-long pre-dinner canal cruise, Then walk to one of the city's grandest areas, Dam Square. You'll have photo opportunities here, free time for shopping or further sightseeing, and then round the day off with dinner.
From mid-March to mid-May the tour will also visit Keukenhof Garden.
Standard Hotel: A4 Schiphol Hotel, Inntel Hotels Amsterdam-Zaandam, or similar.

In the morning, we will drive from Amsterdam to Brussels, BE, stopping along the way at the Atomium to take pictures. Upon our arrival, we will visit the Grand Place and see the Manneken Pis. We will head to Paris, FR for the evening, where guests are invited to take an optional night tour of the city.
Standard Hotel: Campanile paris Est-Bobigny or Ibis Paris Orly Rungis

Today we will tour historic and romantic Paris, FR. Stops on our tour include the Arc de Triomphe, Place de la Concorde, and the Eiffel Tower You can either take time to explore the neighborhood and have some lunch or scale the Eiffel Tower. After, we will dedicate the remainder our day to an exploration of the Palace of Versailles and then conclude our tour back in Paris.
Find Closest Pickup